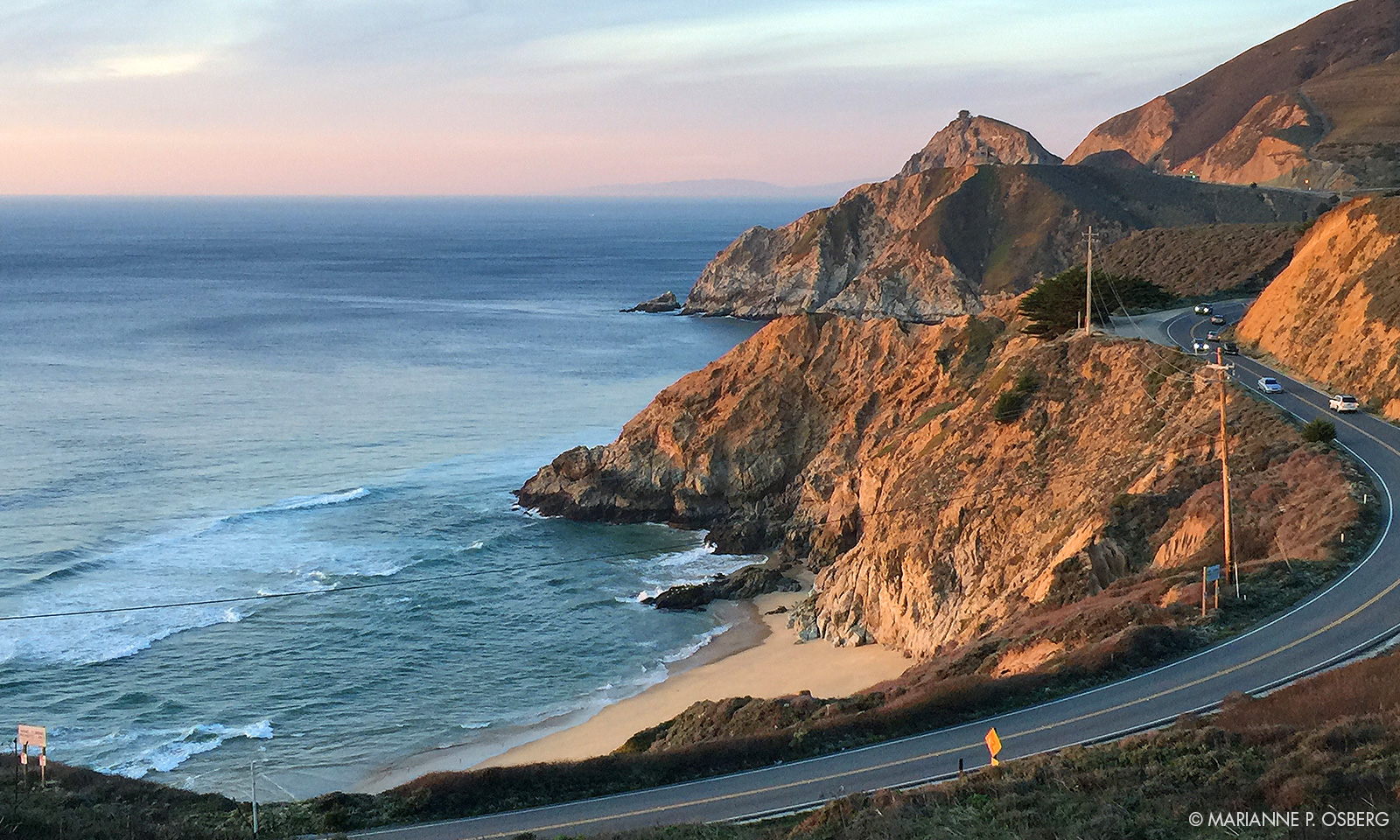 A magazine for the West Coast musical movement

West Coast Music Magazine is a quarterly magazine for the West Coast musical movement. A kind of, if I may, magical concept informed by the diverse influences of the historical and geographical characteristics of the west coast of California (primarily Los Angeles). This music is very distinguishable by its perfect recordings. Californian Rock is brought to life by a collective images of glamor shots, girls on Harley-Davidsons and surfers in Volkswagen vans. A generation of Americans still dream of those perfect harmonies that they listened to on their FM radios, with the roofs of their convertables down and hair flying, gliding from Los Angeles to San Francisco on the steaming asphalt of Highway 1.

The cover of the magazine announces the range of styles from the Smooth West Coast versions, Fusion Grooves to Midnight Disco. Artists, bands and labels from around the world stamped « West Coast » or « California Groove » are welcome throughout the index. These intricate productions with perfect vocal harmonies that often aroused interest and admiration from international critics, are presented in this magazine created in 2015 by Nick Mawson.

Many will remember the best of the seventies and the following decade, when FM radio stations broadcast music of Michael McDonald, Steely Dan, Eagles, Toto, America or Hall & Oates and when the California coast resonated to the sound of « California 1 » the haunting anthem of Con Funk Shun. You’ll be pleased to learn that the flame of the West Coast music remains fierce today through this fine magazine in full color, also available for download. You go surfing with artists from Brian Wilson to the amazing revelation of the Young Gun Silver Fox and also discover the know-how of the French West Coast artists such as Gaël Benyamin and Geyster or Jérôme Beuret from Louis Lake. These brilliant and refined artists illuminate life with their flamboyant albums of yesterday and today. A perfume of California coast is on the music press as a « Summer Breeze », the famous Seals & Crofts song released the summer of 1972. The 70/80’s US rock scene is back? I had the pleasure of speaking with the founder of West Coast Music Magazine. An English man in L.A. that defines himself as a drifter, dreamer and editor.

A conversation with Nick Mawson 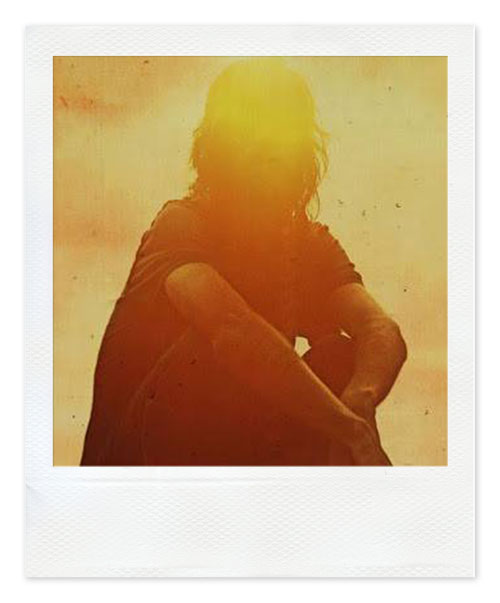 Q. Were you born in the West Coast?
A. Sadly, I wasn’t born anywhere near the west coast of US, my home is in the UK. I would happily swap the climate I live in for the California sunshine. I have always lived in England, though I have travelled around the world to many exciting locations in my lifetime and it’s always been the sounds of the west coast music that remind me of those wonderful times.

Q. How did music become an important factor in your life?
A. I have always loved music since being very young and over the years, west coast music has been the one genre that I keep falling back in love with all over again. My first memories of music were of hearing The Carpenters on my Grandma’s radio back in the very early 70’s. I still love Karen Carpenter’s voice to this day. I think the first song I remember hearing was ‘Yesterday Once More’. As a child of the 70’s, it was the most wonderful time for music and like all kids finding their own identity, I loved lots of different bands at different times. But my best friend had an older sister and she would play west coast all the time. Long before it was even heard of and I kinda really liked it without even realizing what it was! She’d play David Soul, Andy Gibb, BeeGees, Eagles, Olivia Newton John, Donna Summer, Barbara Streisand and so on. Her influence on my music choices in life has been incredible.

Q. Do you think that the American rock scene of 70s & 80’s is back?
A. I don’t think it ever went away, but I think personally as I’ve got older I tend to go back to familiar artists and classic albums. I love to play the music I grew up with, because it always reminds me of a time and a place when I was growing up. I love James Taylor, America, Hall & Oates and the Eagles. But then again I love music, so my taste isn’t just limited to west coast music but just great music of all kinds.

Q. What do you think about the new French generation groups like Geyster or Louis Lake?
A. I love Gael’s Benyamin’s songs in Geyster. He was my first ever interview for West Coast magazine and he was wonderful in giving me his time and trust. I love his early concept albums and his own compositions most. And ‘Not An Ordinary Girl’, his duet with Ed Motta on last year’s Knight Games Trilogy, was one of the best songs of 2015. I’ve also been incredibly lucky to interview Jerome Beuret of Louis Lake too and he was such a cool, delightful guy to talk to. I hope that they are both going to get back in the studio soon to work on some new Nightshift material, because they work so well together.

« I really do believe in supporting artists at all levels »

Q. Is the role of a print magazine essential to help start a singer’s or musician’s career?
A. That’s a difficult question to answer really. You hope that by giving musicians coverage in a magazine like West Coast it will help them reach a wider audience. Obviously people like Michael McDonald, Bill LaBounty and Kenny Loggins have all got a massive fan base already, so it is a real honour to feature them, but they don’t necessarily need the publicity that we can give them. But we do a feature in each issue called ‘Up & Coming…’ which covers relatively new artists or bands that fit into a west coast genre and I’d like to feel that we are helping these artists get some valuable promotion. We have covered Falqo, William Sikström and J.Canady so far and the response has been incredible in helping them reach more people who love west coast music. I really do believe in supporting artists at all levels. If their music is great, let people know about it.

Q. Have you had experiences in the world of the press before this magazine?
A. Yeh, I’ve written articles before. But primarily I was a songwriter when I was younger and like many writers, I just loved the thrill of creating three minutes of magic with a song. It really is the best feeling in the world! I’ve always really enjoyed the creative side of writing and always loved reading and writing about music too. So I just felt the time was right to get a West Coast Music Magazine out there, as I, along with so many other people, love this genre of music, yet it is completely overlooked by most of the existing music press. It turns out to have been a massive task, but the support I’ve had from artists, bands and west coast music fans has been incredible.

Q. Miles Davis said “The music always sounds better when you know who’s playing it”*. Do you tend to agree with this philosophy ?
A. I think that it would be very hard to disagree with Miles Davis! If I know a track has David Foster, Jay Graydon or Donald Fagen on it, I’m certainly more interested in listening to it I guess, but there is plenty of great new music coming through all the time. So I guess simply it’s more about whether the music is too good to ignore for me! If it’s great music, whoever is playing on it, you’ll win me over pretty quickly.

A quarterly music magazine  covering West Coast Smooth, Fusion Grooves & Midnight Disco. We feature music with that classic L.A. & California smooth groove sound from artists, bands and labels from around the world. Plus you can buy all issues of West Coast Music Magazine past and present with one simple click.

English proofreading | Thanks to Brian and Colleen Byrne